In the Wisconsin Northwoods

LAKE MILDRED THE HISTORY OF OUR GREAT LAKE

Approx 200 pages with Photos and Articles

As you know, in May 2005 we sent out a survey to every property owner on the lake with the spring newsletter. So far, I have 78 completed forms out of 97 owners.

I have found out that there are102 homes on the lake. Five people own 2 homes. One property has no postal address or building on it. It is a small parcel at the southeast section of the lake. There is also one owner with two homes at the same address. There are about 33 year round residents.

Fish planting started in 1934 but not much stocking was done due to the lake not having any public access. Frank & Estelle Rickwalski sold the public access land on Jan. 4, 1980 for $10,000. The 1987-1988 Fiscal Year Project Status Report from the DNR states the public access was completed.

I have had two stories related to me about how the lake got its name. First: Named after the surveyor’s mother. Second: Named after a timber barons daughter. I am still checking it out but may never really know.

In 1989 the water level was extremely low (see the picture in photos). People could walk around the lake shoreline and not get wet. Four families got together to see if they could move some of the rocks to open up the area by the narrows. Measurements were taken and a permit was requested from the DNR. They brought in a backhoe through one of the properties and around the bay to the point and moved some of the rocks. Several weeks after the job was completed a letter from the DNR came stating that since they were not removing anything from the lake no permit was required.

The bay by the narrows has no official name but has been called by several names. Carl Cory called it “Clair’s Bay” after his mother. His children called it “Spooky Bay” because it always seemed colder then other parts of the lake. Others also call it “Ice Box Bay”. The legend is that 2 lumberjacks were partying and fell asleep on the ice. They froze to death and their ghosts are still there. One resident has said that he has seen the ghosts.

There are two sunken boats in the lake. One is in the bay at the southeast end of the lake and the other is southwest shoreline between the last two homes on Lake Mildred Parkway.

I have also been informed that there is possibly a car in the lake by the public access. We have asked a diver who lives on the lake to check it out for us. He might do it in the spring when the lake clarity is at its best. I will let you know what happens.

I have other bits-n-pieces about the lake history and still have some research to do but I am very pleased and thankful to all the helpful people who have been giving me a little history about the lake. If you think of anything please let me know. Thanks again!!! 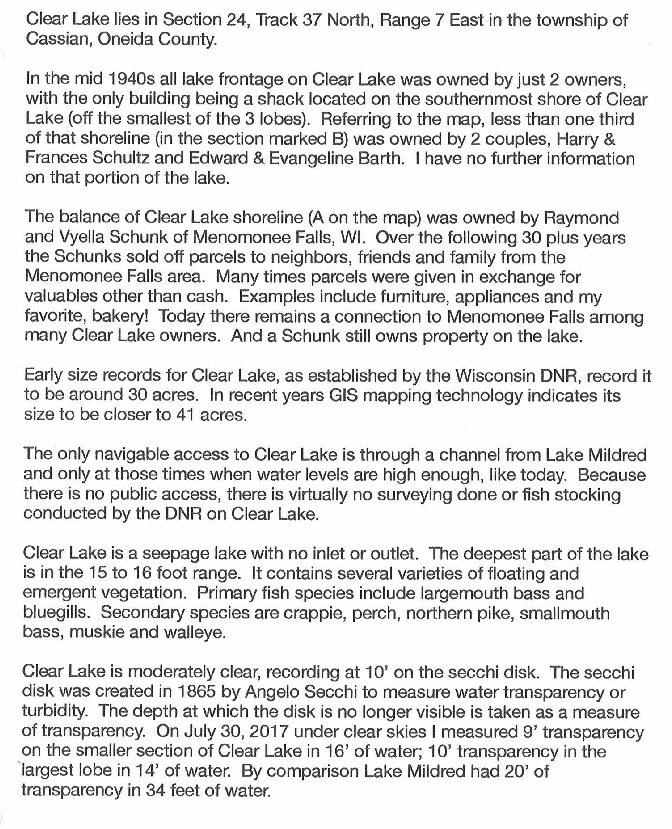 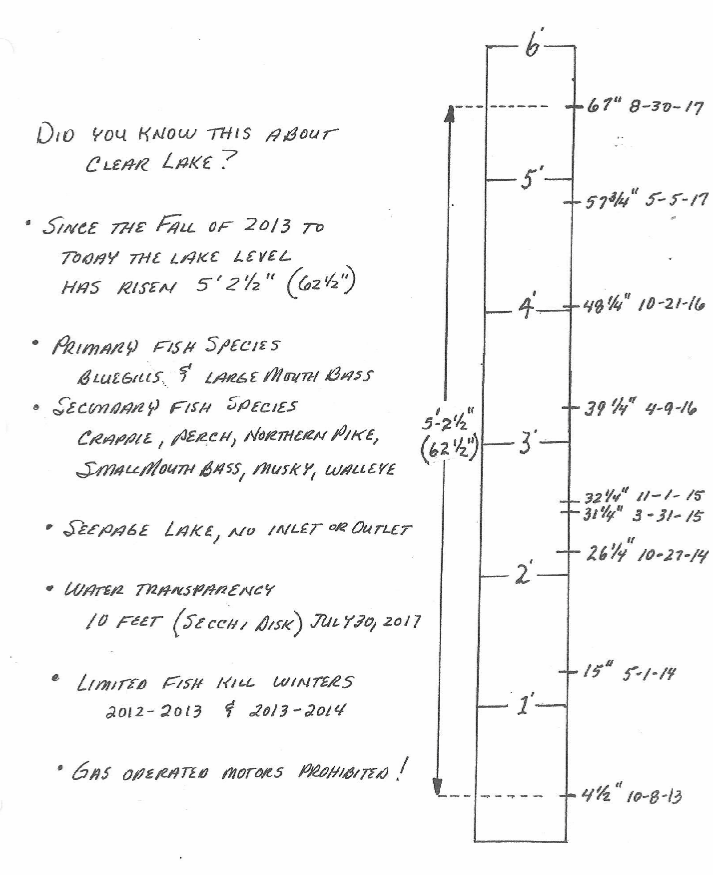 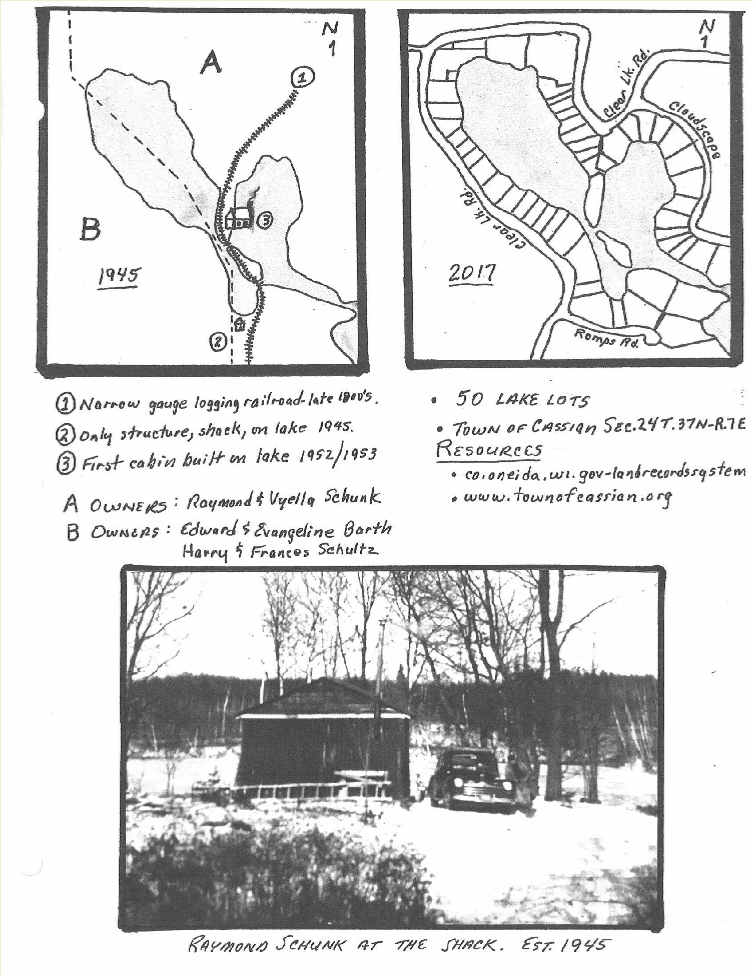